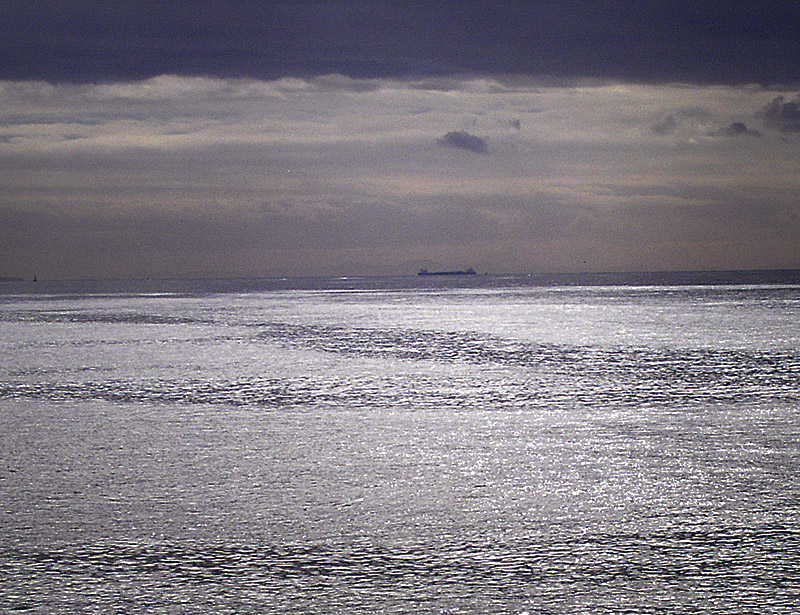 Being both an English major and (once upon a time) a sailing man, I have a visual sense of what “in the offing” means: it describes the position of a ship out near the horizon, where you first see it when it’s on its way in to port.

And so it is with us here at Crow Tree: my third novel is very close to finished–or at least the first draft is. Another couple of weeks should see it done. Then I will work on poems or short stories for a month while it waits at anchor in the roadstead (to remain within the nautical metaphor) until I pilot it in for its second draft.

At that point I hand it off to my editors; once they’ve unloaded their comments, it’s time for the third draft, and maybe a fourth or more. Between drafts and proofing, I read Family Ties nine times. I then gave it to a friend who was a copywriter, for a final proofreading…and two typos still stowed away on it!

It remains a satisfying accomplishment, and a more-than-worthy follow-up to The Dust Will Answer. Really, you should read them both–not just to make me ever-so-slightly less poor, but because you’ll enjoy them. They don’t need to be read in sequence, either, though the experience is a smidgen better if you do.

No title yet for the new book–or rather, I’ve three, and can’t decide which one to use. The book is playing coy, but will tell me its name in due time.

Meanwhile, wife Gina–or G. Stephanie Morey in Crow Tree terminology–is close to done with the initial draft of her science fiction epic. I’ve lined up a first reader for her: one of the volunteers I manage at the library, who insisted that she win the position as soon as she heard about the tale. You can read Gina’s disquisition on the work of writing this rather imposing tome on her own blog here.

Finally, a friend and colleague of ours, Michael Tullberg, has produced and edited an oral history of rave culture called The Raver Stories Project, which should become available right around now. And Gina designed the inside layout for it.

Once all this work is done, why, we’ll just ship out again, and start writing new novels. Meanwhile, enjoy what we’ve brought back to you from over the horizon. We endured a storm or two to bring it in.