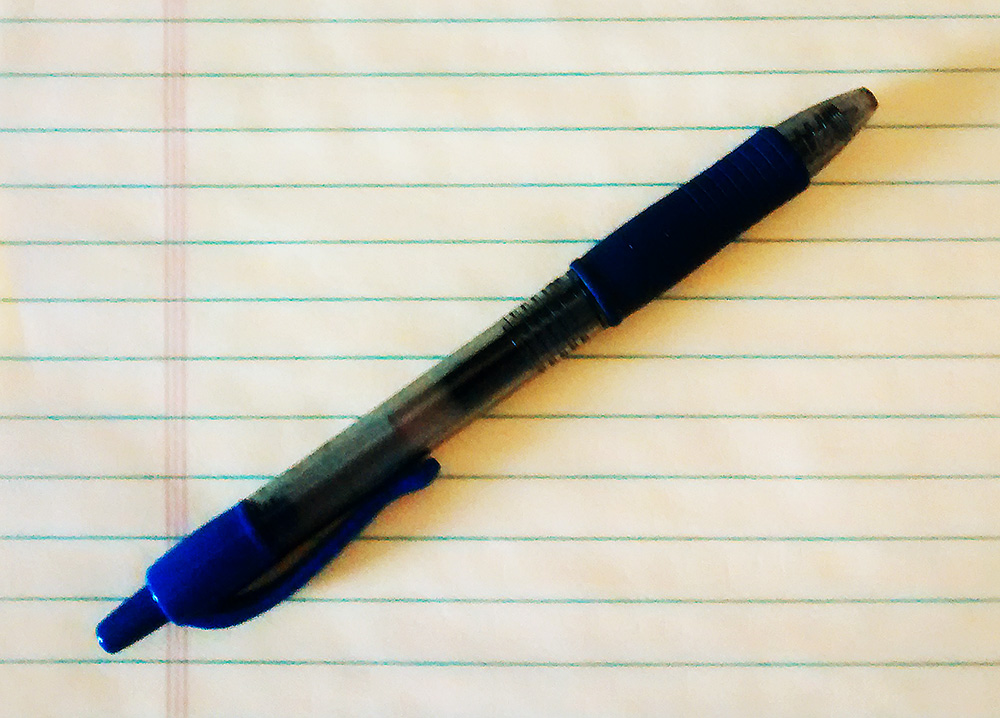 There is one indispensable step to writing, and that is that you must sit down and write.

This is technically untrue, and was not such a hard and fast rule in the ancient days: Homer, said to be blind, would have been functionally illiterate; he worked the great epics in his head and presented them to live audiences. What we have now are versions likely written down by scribes taking dictation.

That was then, as they saying goes; this is now. Most people read books that they hold in their hands, either on paper or on a digital screen. Except for poetry, and that only now and then, literature is consumed through the eye, not the ear. It’s a complex process, and the mind’s ear is still involved for those not deaf since birth, but books are read, and so they must be written. Unless you can afford a scribe, you must sit down and write.

This is not easy for most folks. I work part-time managing an adult literacy program in a local branch library–in my beloved Echo Park, in fact. One of the students is perfectly literate, but wishes to prepare himself for writing fiction. I’ve been trying to impress upon him that the best preparation for writing is to write, and that there is no need to worry that the first draft will be lousy, because of course it will be. As the saying goes, “The first draft isn’t to get it right; it’s to get it written.” You can’t “fix it in post,” as they say in Hollywood just down the road, until you have the first draft.

And you won’t have that first draft till you actually sit on your ass and write it.

So that’s what you do. It doesn’t matter how little time you have; you can still do it. I have written three novels now at the pace of 300 to 500 words a day, six days a week–with breaks now and then to write short stories and poems. I get up at five-thirty in the morning and am writing by six-thirty if not sooner–because I enjoy the hour of dawn, and because my neighborhood is relatively quiet then. You might prefer to work in a coffeehouse at 2pm. Doesn’t matter, as long as you sit down and do it. Three hundred words per day equals 1,800 words per week; if you keep this up for fifty weeks out of the year, you will have written 90,000 words, or a good solid novel.

At a paragraph a day.

Anyone can do that. If you can write more, because you have more time or more energy, or both, wonderful! But the paragraph-a-day will always get you there.