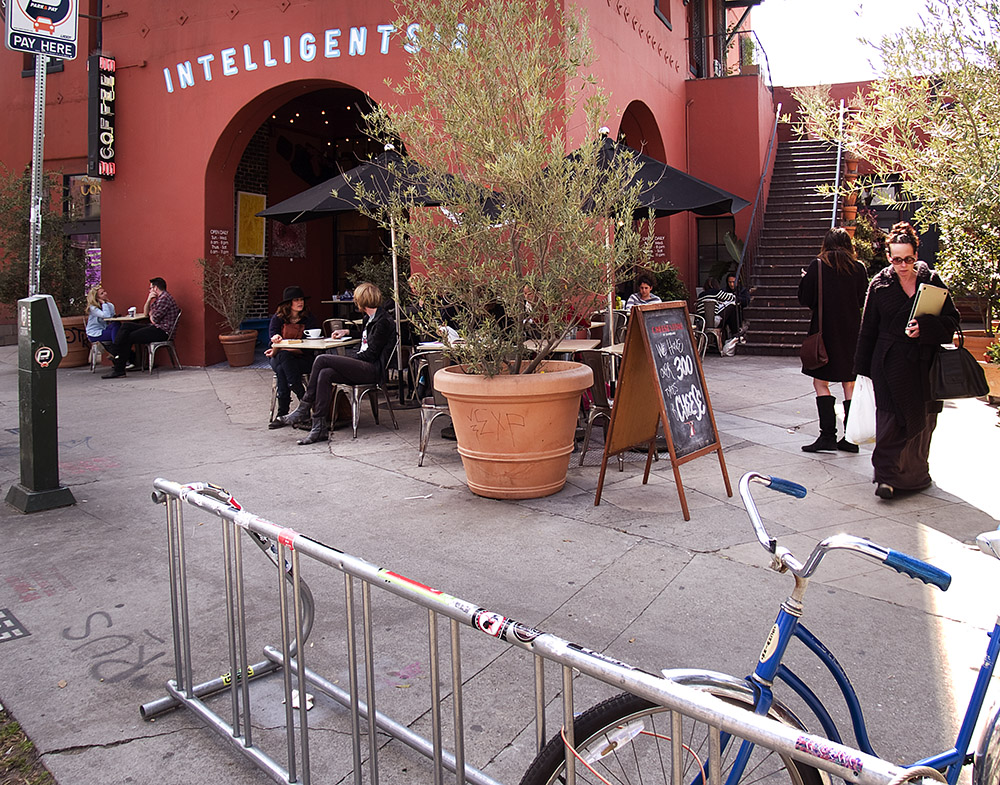 Taking it to the streets…literally. Today I meet, once again, with friends, in the heart of Echo Park, LA’s traditional Bohemian district (if such a phrase doesn’t rebel against itself). We are all bicyclists and dedicated readers–two are teachers as well, all have been involved in community activism of some sort or another. We gather at a modest establishment called Stories Books and Café, which, true to its name, sells new and used books, coffe, food, and (after the noon hour) beer and wine. It’s always crowded with intense and often pretty people of every gender, most of them reading a print book or a screen, or tapping away at a laptop. Tattoos, of course, abound: the present-day insignia of hipness. But it’s all quite right for Echo Park, where gay rights marches took place before Stonewall, where radical artists and free spirits have dwelt for nearly a century, and where, despite the relentless tectonic grind of gentrification, it is still possible to live small and dream big, and maybe someday make it….

Why do we meet here, on our silent modest wheels?

We are the Street Librarians, and we have arrogated to ourselves the task of replenishing Little Free Libraries in a shabby and glorious swath of the city sweeping from Echo Park to Koreatown.

We bring books we’ve read but won’t hoard, and place them in the little boxes neighbors unknown have placed here and there, and boulevards and back streets alike, to share the enlightenments and pleasures books can bring.

Join us one of these days, whether you live in LA or are simply visiting. All you need is a bike and a few old books you don’t need to keep.

Street Librarians Ride, once a month, more or less. We announce on Facebook, or just tell our friends….