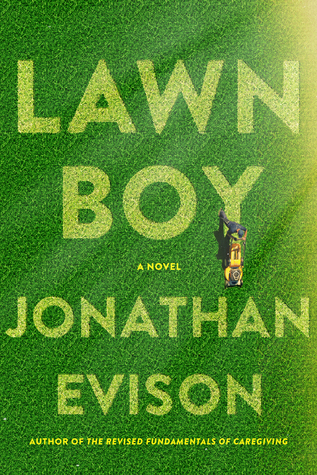 If you threw J. D. Salinger, Oscar Wilde, Jack London, and maybe Gerald Durrell into a blender, added a spoonful of Warhol and a dollop of Armistead Maupin, you might come up with Jonathan Evison, author of Lawn Boy.

Sure, Lawn Boy is a flawed novel: too self-referential, occasionally preachy, with didactic rambles jammed into the characters mouths like oversized bran muffins a little too often, but it doesn’t matter: it’s one of the wittiest, funniest, and most perceptive explorations of working-class life that I’ve ever read in English. Imagine an Emile Zola novel, but hopeful, with an upbeat ending. (I know, that’s hard to imagine.) And yes, said ending has been telegraphed for half the book, and yes, the main character is an aspiring (but never delivering) writer, but it doesn’t effing matter: if you’ve ever rolled your eyes at what one character refers to as “MFA writing,” if you’ve ever worked at real labor, if you’ve ever been poor in America, and if you like to laugh, read this effing book! And if you haven’t, read this book to see what the people you depend on for your physical existence live like, hope for, and laugh at.

As long as you have a high tolerance for swearing, of course. The people in Lawn Boy talk like the people they are modeled on. As it should be.

It’s perhaps a great book without being a good book. Doesn’t matter. If you care about working- class life in the place that calls itself America, read this book. I’ve been there (in fact I’m presently supporting my literary ambitions working as a landscaper’s assistant), and Lawn Boy captures the good humor and surprising graces that make working-class life endurable in the consumerist sump we live in now. And it’s funny–damn, is it funny!